Experience & Explore the Culture of Udaipur !!

Udaipur is a romantic land that had been a favorite place of the Rajputs. This beautiful city has received a rich cultural heritage from the bygone age. If you are planning to tour Udaipur, it is quite necessary to know about the culture, customs, and traditions that the city follows. In the present times, Udaipur has adopted the lifestyle of big cities; still there are some customs & traditions in the city that would be new for you. 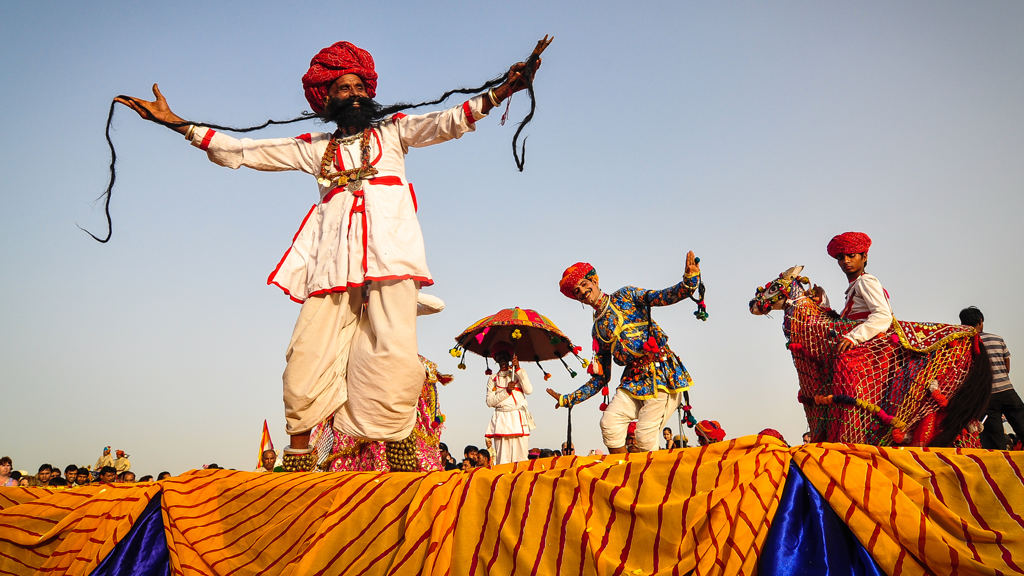 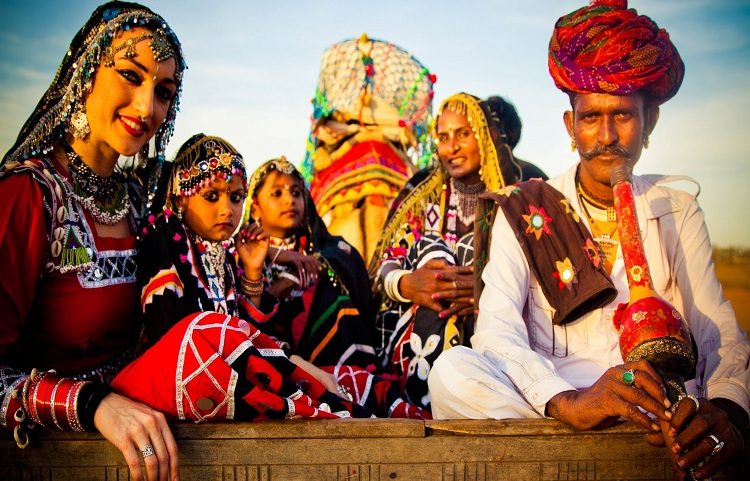 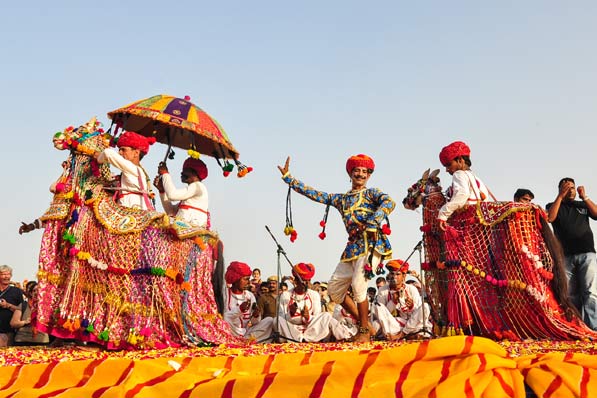 Udaipur receives an ample number of tourists from all over the world every year. The city is still inhabited by people of Bhil tribe, so you could see people dressed in typical Rajsthani dress with loads of silver jewelry during your trip. Colorful festivals and fairs depict the cultural prosperity of Udaipur. The lakes, temples, huge forts, and palaces boast about the rich legacy of this city. In this article, we have covered the subjects of people, cuisine, language, religion, folk dance, and music of Udaipur.

Udaipur cuisine comprises vegetarian dishes as the place is highly dominated by Jainism and Vaishnavism. Food is usually made from lots of vegetables and lentils. It is seasoned with a great variety of spices that are unique to the lands of Rajasthan. You can find a type of curries ranging from Lentil to yogurt. Dried mango by the name of ‘Ocra’ and beans of ‘sangri’ is accompanied by many meals. Deep-fried pieces of bread and extensive use of chili makes the cuisine of Udaipur, a delicious one.

Udaipur dwellers are friendly and good to be with. On your first look, you will find them rugged, but these people are good at heart. Untouched by the pace of modern times, these desert people are well-built, simple, and cheerful. Here, people usually prefer wearing bright colored clothes. The traditional attire of women is ‘Ghaghra choli’ (Skirt & blouse) and for men, angrakha (Kurta) and dhoti would do. In modern times, people prefer wearing a casual dress to match the contemporary fashion.

People of Udaipur are very friendly and always welcome their tourists in a very pleasant manner. They are very talented; all the women know how to make handicrafts, beautiful dresses, and all the traditional things and attire. Almost all the men of Udaipur know their dance forms. They dance quite well. All the people of Udaipur know various styles of games like ropes games. Most people of Udaipur belong to Hinduism, and they worship God Ganesh, God Krishna, and all the other Gods of Hindu. The attires of people are of vibrant color that shows the incredibility of the Udaipur’s culture.

To communicate, language is really important. Mewari is the primary language of Udaipur, yet Rajasthani, Hindi, and English are also common in the city. Mewari is the language of Udaipur, but Hindi and English are also common nowadays. The main religion of the people of Udaipur is Jainism. In addition to Jainism, there are other religions also like Sikhism, Christianity, Islam, and Hinduism. The scenic view of the city is very beautiful that’s why many Bollywood, as well as Hollywood movies, shoots there. Udaipur is famous for its culture, custom, and tradition. This is one of the favorite tourist places in India for many people.

Jainism is the main religion which is observed in Udaipur. Other religions include Hinduism, Islam, Sikhism, and Christianity in the decreasing order.

The dynamic and vibrant dance adds sparkle to this romantic city of Udaipur. Udaipur doesn’t have the dance that is especially linked with it. However, the dances that are famous all over Rajasthan make the dance of Udaipur too. Bhavai, Ghoomar, Kachhi Ghodi, Kalbeliya, and Terahtaali are the unusual dances of Rajasthan. Still, the dance of Dandi Gair is associated with Marwar and hence with Udaipur. Talking about music, the dwellers of Udaipur find solace in the melodious music of Morchang, Naad, Tanpura, Sarangi, and many other instruments that used to echo the courts of Mewar rulers.

Udaipur is famous for its attire because the attire is so vibrant in color and looks traditional always. Along with the beautiful scenic view of Udaipur, the attires and outfits of the people of Udaipur also make the tourists and all the other people speechless. The attires for ladies are ghagra choli and for men’s is kurta dhoti. Usually, people prefer these attires. People like to wear vibrant and bright colors that make them look beautiful. The attire worn by people in this area has some embroidery and beads also is called the Rajasthani style. It is famous in other parts of the country also.

MORE INFORMATION ABOUT THE CULTURE OF UDAIPUR CITY

Dubbed “the most romantic spot on the continent of India” by British administrator James Tod, Udaipur is a tourist destination and is known for its history, culture, scenic locations, and the Rajput-era palaces. It is popularly known as the “City of Lakes” because of its sophisticated lake system. Udaipur has received a rich cultural heritage from the bygone ages. The lakes, temples, huge forts, and palaces boast about the rich legacy of this city. The city has kept a balance between preserving the rituals and traditions of the past while keeping up with the modern advancements and changes in lifestyle. Like any other place in the state of Rajasthan, folk dance and music have an important place in adding to the city’s cultural richness. The dynamic and vibrant dances of Bhavai, Ghoomar, Kachchhi Ghodi, Kalbeliya, and Terahtaali add a sparkle to the rich cultural heritage of Udaipur.

Following a lineage of age-old traditions and adhering to religious significance, the various dances complement the fairs and festivals held in the city. The city’s music consists mainly of the use of Morchang, Naad, Tanpura, and Sarangi, among many other instruments, that used to echo in the courts of the erstwhile rulers of the state.

The Bharatiya Lok Kala Mandal is a cultural institution based in the city. The institute with its museum is a platform that displays a collection of Rajasthani culture. Offering an insight into the lifestyle of the royal era in Udaipur, the museum has a fine collection of dresses, tribal jewelry, turbans, dolls, masks, musical instruments, paintings, and puppets. With various cultural events including folk song and dance performances, theatre, and puppetry, the institute highlights the different social stigmas, thereby proving to be a powerful education tool for the masses.

Udaipur is a very beautiful place and famous for its name associated with various Rajputs. If you are planning a tour of Udaipur, it is very necessary to know about its culture, tradition, and customs. Generally, people of Udaipur adapt all the new fashion and trend that is going on in other metropolitan cities but there are some tradition and culture that would be new for anyone who is going to Udaipur.