The District Magistrate issued late-night order to declare Udaipur city as a Containment Zone. The order came late in the night after the city witnessed an explosion in the number of positive cases for novel coronavirus on the evening of May 8. District collector Anandhi declared the municipal corporation area of Udaipur a containment zone, placing the city under strict curfew and imposing stringent restrictions on the movement of people.

The city of lakes, as Udaipur is known, has emerged as a new hotspot of coronavirus in Rajasthan with over 80 cases reported in the last two days after a home guard constable tested positive on Wednesday. Till May 7, Udaipur had 20 corona positive cases and of these, 13 had recovered. However on May 8, in a sudden spurt, 59 more cases were reported.

Udaipur’s chief medical and health officer (CHMO) Dr. Dinesh Kharadi said the cases came to light after sampling was done in some localities on Wednesday evening following a 30-year-old constable with the Home Guard living in Kanji ka Hatta area of the city testing positive for Covid-19. A day later, four members of his family including his wife, mother, and father, cousin, and two neighbors also tested positive.

Since then there has been a sharp rise in the number of cases in the locality. Most of those infected are sanitation workers and the municipal corporation has given a two day leave to all sanitation staff as a precautionary measure.

Dr. Kharadi added that screening and survey of people are on and infected areas in the city are being sanitized. He said that since the super-specialty wing of the city’s RNT medical college which is earmarked for Covid-19 patients is full, so new patients are being taken to other medical colleges.

The CMHO said that since around 50 of the infected people were detected early on and isolated, so the chances are high that they will recover soon and it has lessened the possibility of them passing on the infection to others.

On Saturday, another 23 cases were reported from the city. A pregnant woman who delivered in the morning was found to be corona positive. The entire staff at the Zenana hospital in the city was quarantined and the baby’s sample taken to test for Covid-19.

District collector Anandhi said that after the municipal corporation area of Udaipur was declared a containment zone, all offices and establishments have been shut down. No one will be able to move out between 7 am and 7 pm without a pass. She said relaxations that were given under the modified lockdown have been suspended.

She said that curfew has been imposed in 10 police station areas in the city. Containment zones have been made in 1 km and 3 km radius of the area where the home guard constable and his family live and movement of people has been stopped. With 5 of the city police stations already under curfew, the administration decided to clamp down with a containment order for the entire city, rather than establishing curfew in additional areas.

As per the order, Udaipur city will be treated as a containment zone from noon on May 9. Meanwhile, all the will permissions and relaxation given to the people would be lifted back.

What is the Containment Zone?

All activities barring essential services such as medical emergencies and law enforcement would not be allowed in these areas. There shall be stricter perimeter control in the area of the containment zones to ensure that there is no unchecked inward/ outward movement of the population from these zones. 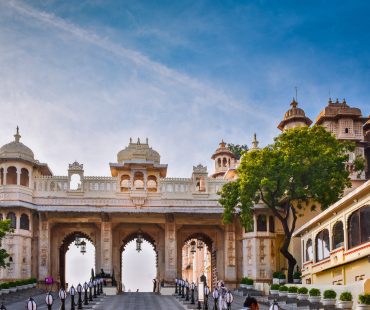 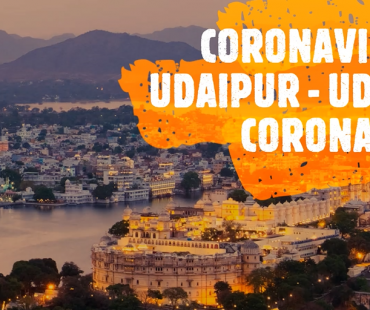